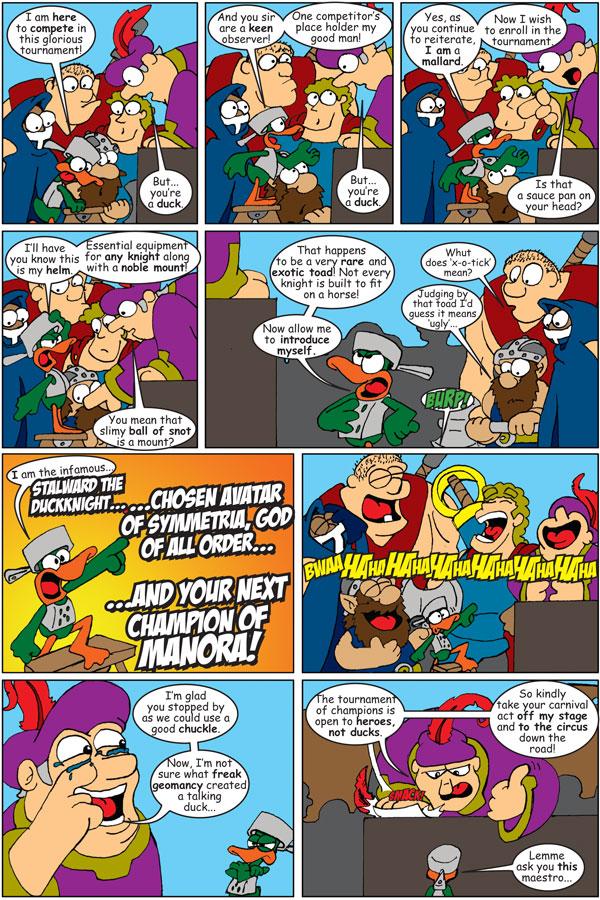 - Dyson’s Notes -
Meet Stalward, our plucky, deluded hero who claims to be an Avatar of the God of Order. Wonder where he got that idea?
Originally, Stalward’s character was supposed to be a goblin. I changed him at the last minute for two reasons: Firstly, due to the increasing popularity of goblins as heroes in comics I did not want to appear as a contrived ‘Johnny-come-lately’. Secondly, any joke is funnier with a duck in it. Period.
Next week we meet one of the best antagonists of this comic: Bruce the Macho! See you then!