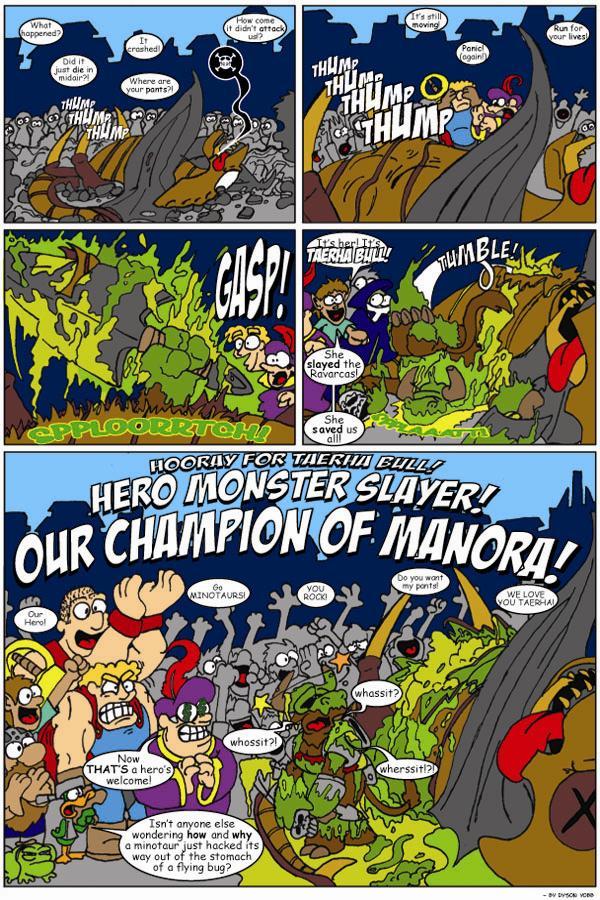 - Dyson’s Notes -
The infamous Taerha Bull! Taerha’s creation was due mainly because Minotaurs have always been one of my favourite fantasy races. They are a lot of fun to draw too! In my original concept of this storyline Taerha was originally a male Minotaur. But the moment my wife laid eyes on the original sketch she loved it and suggested (ie. insisted) that Taerha be a female/kickass chick like many of her other favourite characters (ex. Buffy the Vampire Slayer). I also owe a thanks to Krista for inspiring Taerha Bull’s name. It was originally the name of her D&D character and I loved it so much I named my Minotaur after it. Thanks Krista!
How did Taerha end up in the stomach of a flying bug? Tune in next week to find out!