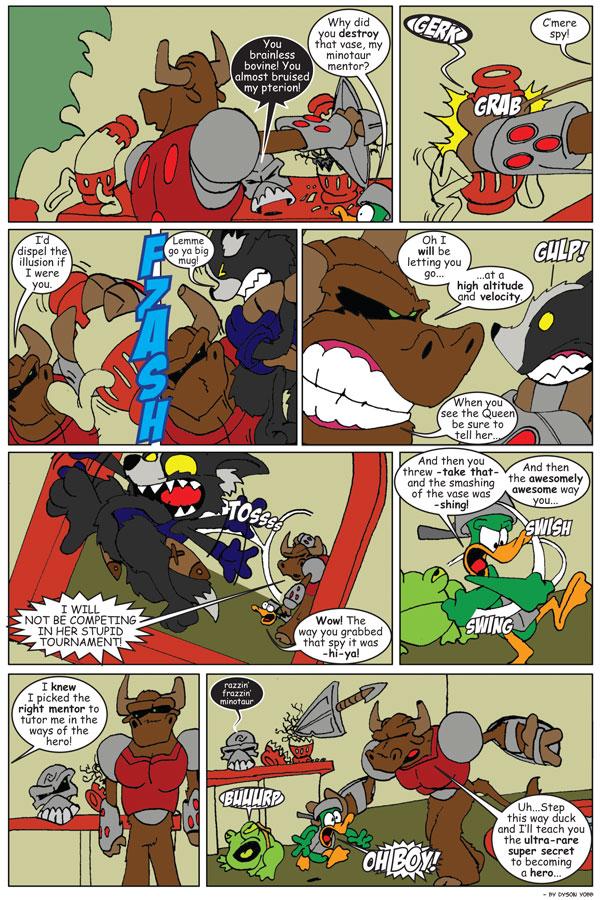 - Dyson’s Notes -
The first appearance of Onyx! Although his name is not mentioned he will be a significant character later on. He is of the race known as the ‘Foxen’. When I originally created this strip I had redraw the first four panels several time to communicate the idea that Onyx was using illusion magic to make himself appear as if he were a vase. I hope it was clear. If not let me know. I have learned a lot since I first drew this strip back in 2010 and have gotten a lot better communicating concepts like ‘illusions’ and ‘magic’. I have been going so hardcore on Vayfe that I somewhat miss working on QuestOmatic. Well, hopefully someday soon I will get back to it.
Next week, Taerha shares the ultra-rare super secret of becoming a hero with Stalward. See you then!