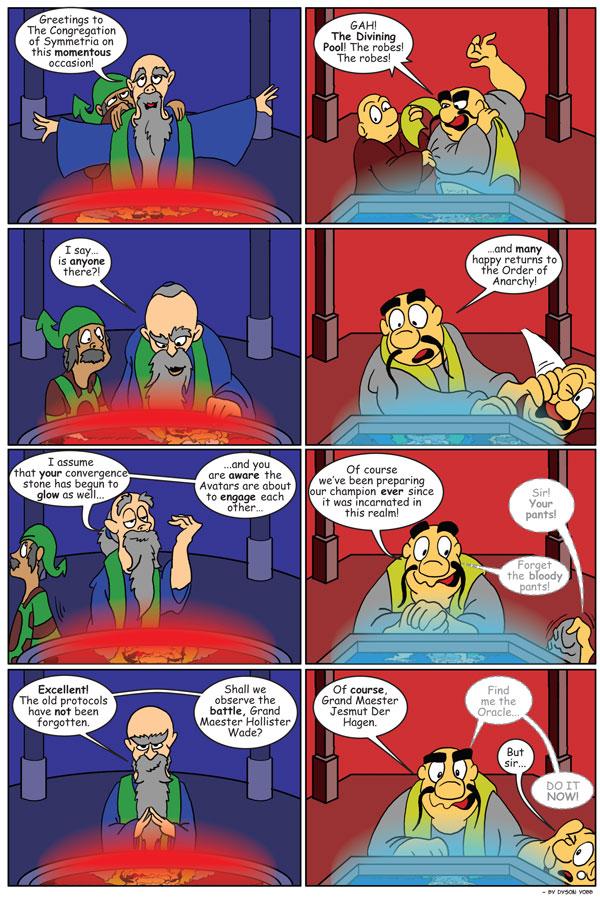 - Dyson’s Notes -
So we finally meet Grand Maester’s Jesmut de Hagen and Hollister Wade. The idea here is an entire religion based upon the practice of these two OmniGods battling it out every so often. In the very bottom left hand frame we see de Hagen pulling a ‘Montgomery Burns’. I wonder what he knows that poor Hollister does not. Judging by the congregation’s complete and utter surprise regarding the incarnation of their Avatar, de Hagen know a lot more than he is letting on.
Special shout out to my buddy who these two characters are named after. You know who you are!
Next week the two Grand Maester’s tune into the battle for the Fate of the Realm that is already in progress.